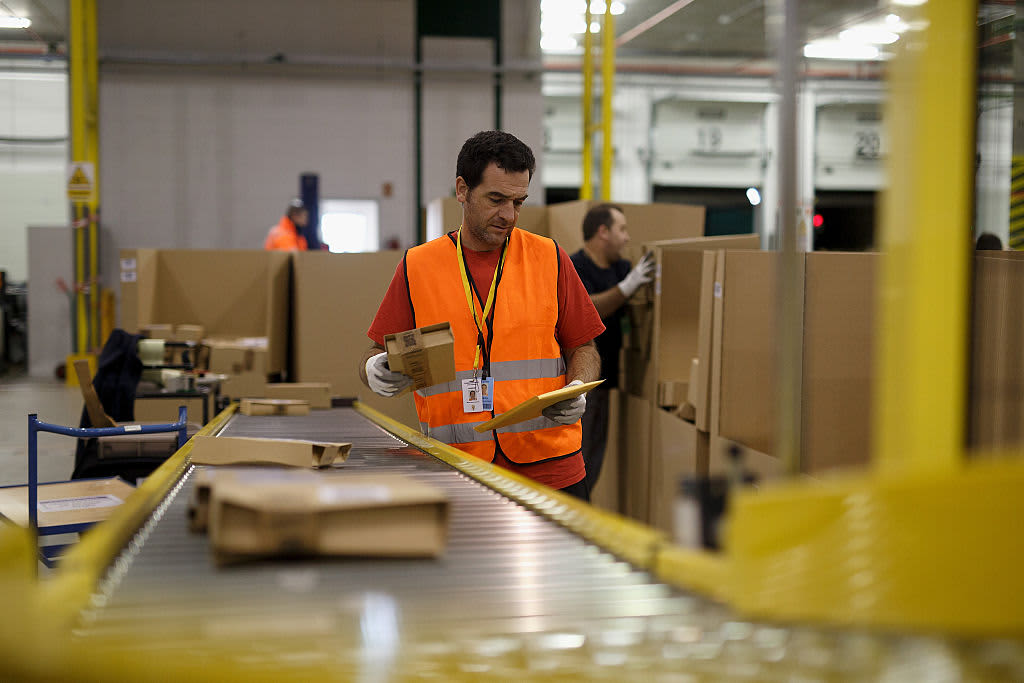 Two Amazon warehouses in California have been cited by the state’s division of the Occupational Safety and Health Administration for coronavirus-related health and safety violations.

Cal/OSHA issued $ 1,870 in fines to an Amazon fulfillment center in Eastvale, California, known as LGB3, and a delivery station in Hawthorne, California, referred to as DLA8, for failing to mitigate potential exposure to the coronavirus by providing adequate health and safety training.

“Employees were unaware of key elements in the training materials, including but not limited to, sanitation of work stations and frequently touched objects in the workplace,” according to the citations, which were issued Oct. 6 and first reported by The Los Angeles Times.

Amazon told CNBC in a statement that it plans to appeal the citations.

“We have great respect for OSHA, but we believe our training programs are more than adequate, and we plan to contest,” the company said. “We’ve invested heavily in training people about staying safe and healthy, from our onboarding for new hires to constant reminders, dedicated safety ambassadors, and ongoing training and communication about safety protocols, each day, through a variety of mediums.”

Amazon said state health and safety regulatory agencies have inspected more than 100 of its facilities since March and said its processes “went beyond compliance requirements.”

Cal/OSHA began investigating conditions at LGB3 in late April and at DLA8 in early May after the labor advocacy group Warehouse Worker Resource Center brought the complaints on behalf of employees at the facilities.

In the complaints, which were obtained by CNBC, the WWRC raised concerns about a lack of coronavirus safety measures at LGB3 and DLA8, including failing to close off sections of the warehouse believed to have been visited by infected employees, inadequate sanitation practices and training, as well as failing to give workers adequate time to wash or sanitize their hands.

At DLA8 in Hawthorne, WWRC said Amazon’s communication was so poor that workers learned an employee died from Covid-19 in media reports. Contracted delivery drivers received no notifications of confirmed cases at Amazon facilities, the complaint said.

“This withholding of information goes well beyond what is needed to protect the privacy and identity of sick employees,” the complaint states.

The citation comes after Amazon last week revealed that 19,816 front-line employees have contracted Covid-19 between March 1 and Sept. 19. The company said the rate of infection among employees was 42% lower than expected, compared with the general population rate in the U.S.

What to expect from Tesla on ‘battery day’

A PIECE of paper is a complicated product. Trees are felled, stripped of their bark, chipped, mashed, and then mixed with water and churned into pulp. That pulp is washed and refined, before being beaten to a finer slush. Laid out flat, drained of water, then squeezed between large rollers, the slush at last becomes […]